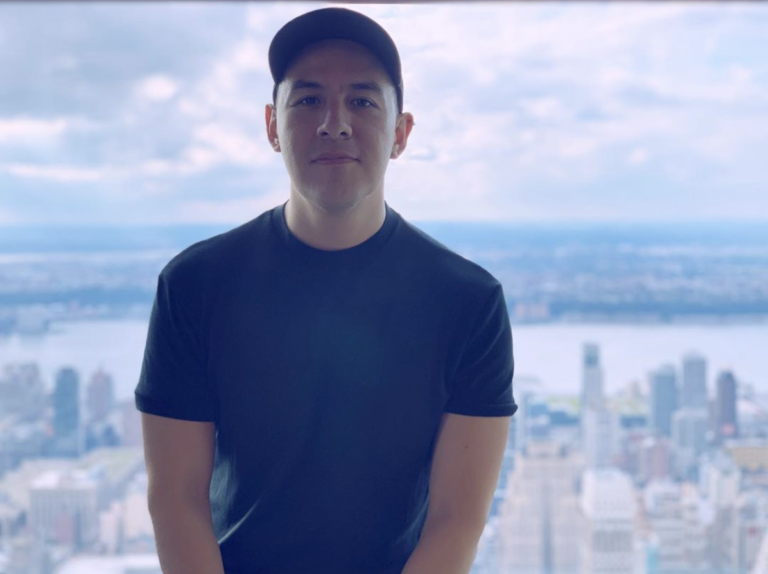 “She was the only one I wanted but she had demons in her closet that were just so similar to mine.” – Jay Nomád New York City, NY – Last November, artist-producer Jay Nomád released his debut single “Hanabi” making his official return to music after a 5 year hiatus. With his new single “Gone”, released on Valentine’s Day 2019, Jay Nomád made it clear that he plans to continue with this new music project for good, a blend of pop, urban and electronic sounds inspired by his own life experiences. Jay Nomád’s “Gone” brings back an old love story from his years living in Colombia, where he played in a pop-punk band achieving local success between 2006 and 2010. “Gone” is just the second in a series of singles he will be releasing throughout 2019 as well an EP which he promises will be out in the summer. But what were the reasons why he quit his previous band in 2012? In his own words – “I was sick of it all. We were playing just to party and enjoy a good time. Our new producer wanted us to write songs that would sell, and yet we were playing in a country where reggaeton and latin music made it hard for other genres to compete.” Jay Nomád doesn’t regret leaving the band. After returning to New York City in 2013 he decided to explore the music scene and travel the world to gather inspiration. Finally at the end of 2017, he was certain of what he wanted to do.

Jay Nomád’s new single “Gone” has a Hip-Hop style beat with a very pop-like harmony and vocal melody that convey the feelings of ballads such as “Perfect” by Ed Sheeran and “Beautiful” by Bazzi. He wrote the song in his studio and produced it with Juan David Morales, a renowned music producer from Bogota, Colombia who has an impressive background in the music scene in Latin America. “Juan is exactly what I look for in a producer. He inspired me to create my own songs, he actually pays attention to the music genres I like and when I send my work to him he immediately knows what kind of structure and arrangements I’m looking for. He also has an amazing team of recording artists and engineers in his studio.” Jay Nomád  also says that one of his greatest inspirations is Jon Bellion. About the artist he says – “I love the blend of styles that he adds to each song. You hear songs with hip-hop beats and rhymes with arpeggiated synths, and then all of a sudden these classical style cellos and strings come in and give the song an amazing harmony. Not to mention his lyrics which are out of this world.”  With “Gone” it’s easy to see how Jay and his producer were influenced by Bellion. For Jay Nomád, music is a way to express his feelings and emotions, and share them with the world. “When I wrote Gone I was basically writing about a spark between two people that had an awesome short term relationship and then like most good things in life, it came to an end. I want people to relate to it, especially on Valentine’s day. Perhaps we’re always looking for love to last, yet we fail to see that it can also be like a shooting star, coming into your life when most unexpected, and then leaving just like that.” More is expected to come for Jay Nomád this year. He’ll continue working with Juan David on his next EP, and he’s working on new music with Taiwanese American Producer Tony Yang (Paprtape). With his new songs he plans to build the bridge between Latin America and Asia, straight from his studio in New York City. Let’s see what else he has to show this year.